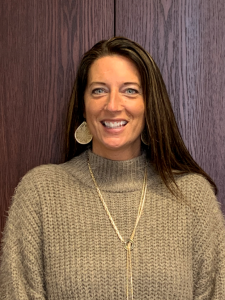 At the January 25th GCS school board meeting, superintendent Dr. Steve Hope announced that Ms. Jan Baker will be the principal of Goshen Middle School next year, which will become the new school for 7th and 8th graders.

Mrs. Baker earned her bachelor’s degree in Elementary Education at Indiana State University, received a master’s degree in Educational Leadership from Indiana State University, and is currently working on a Ph.D. in Educational Leadership from Purdue University. She has proudly served as the Education Representative on the executive board for the Indiana School Resource Officers Association (INSROA) for the past eight years. She also serves on the executive board for the Indiana Association of School Principals (IASP). She was named the District 2 Assistant Principal of the Year in 2016 and District 2 Middle School Principal of the year in 2020.

Before coming to Goshen Schools, Mrs. Baker was employed by the Vigo County School Corporation. During her five years at VCS, Mrs. Baker taught Language Arts and Social Studies. In 2003, Mrs. Baker moved home to Goshen, and was initially hired at Goshen Middle School to teach 8th grade ELA.

In 2006, Mrs. Baker became the GMS 8th grade assistant principal. As assistant principal, Mrs. Baker has provided oversight for technology integration, assessment, alternative education, school safety and security, and the construction of the multi-million-dollar addition of the Aquatics Center, the cafeteria renovation, and helped design the new secure front entrance and Welcome Center. Mrs. Baker has proudly planned and orchestrated the 8th grade class trip to Washington D.C. for the past 17 years.

Mrs. Baker and her husband, Matt, chose Goshen as their permanent residence after their wedding day 18 years ago. They love attending Goshen athletic events together and supporting students as they progress from middle through high school. Matt has also become a trusted, excellent chaperone at the annual 8th grade dance. 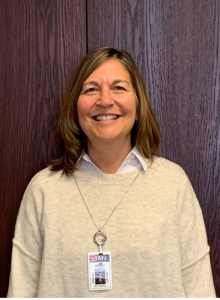 At the January 25th GCS school board meeting, Dr. Steven Hope announced that Ms. Lori Shreiner will move to a new role as the GCS Director of Secondary Instruction. Ms. Shreiner’s role will also include leading special projects at the secondary level and leading the newly formed GCS Equity and Inclusion Council.

In that transition, GMS was a failing school, but through strategic use of data collection, progress monitoring, and shared leadership, she and her team turned the school around to an academically high achieving school. In 2015, she was recognized as Indiana Association of School Principals (IASP), District 2 Middle School Principal of the Year. In 2017, she opened Goshen New Tech Middle School where she was able to specialize in transformative learning environments, specifically project-based learning, community partnerships, and equitable learning practices.

In addition to her work at Goshen Middle School, Ms. Shreiner is facilitating the work of the new Equity and Inclusion Council, which will include the creation of a long-range equity and inclusion plan to support the district’s strategic plan. She is also the District 2 IASP President and facilitates collaboration of principals throughout District 2 counties. The last two years, she has had the opportunity to mentor South Bend Assistant Principals to help them prepare for future leadership assignments.

Ms. Shreiner has been a Goshen resident for over 30 years, and her children are graduates of Goshen High School. She is eager to support the district vision of academic excellence and more equitable practices for Goshen families now and in the future.