Today we visited a couple of Goshen Middle School New Tech 6th grade classrooms, to get a glimpse of what 6th graders are learning and doing in GCS. The Social Studies and English classes of the 6-1 team are currently working on a project about Dia de los Muertos (the Day of the Dead). Each student group chose one Hispanic person who had positively shaped the world to study for their project. They will showcase their current projects on November 1st at the Dia de los Muertos: A Showcase of Hispanic Heritage. The showcase will be open from 6:00-7:30 p.m., and will give students a chance to speak to attendees about the person they have chosen to study.

The students in Mrs. Krista Troyer’s class were working on the vocabulary associated with their project, looking at words such as globalization, cultural diffusion, and duality. One specific word that the students were learning is ofrendas, which is the tradition connected with the holiday that includes building private altars to honor the deceased. Once the students choose their important Hispanic figure, they research the person so that they can then develop an ofrendas for their chosen person. 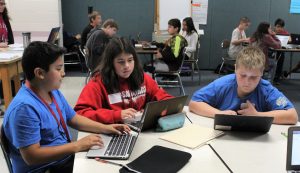 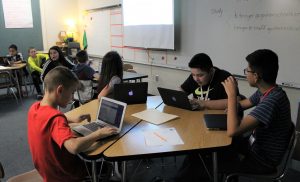 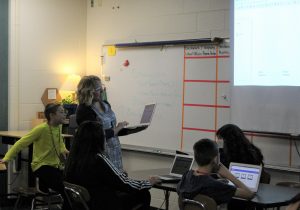 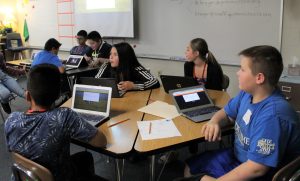 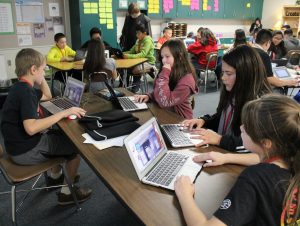 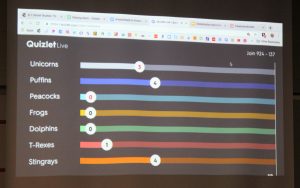 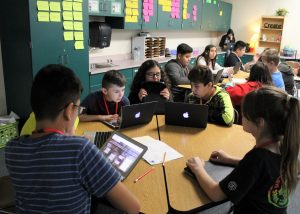 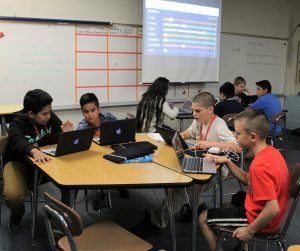 Mrs. Troyer and Mr. Jared Leaman are both teachers on the 6-1 team, and both of them had these 6-1 Team Norms posted in their classrooms: Be prepared; Pay attention to the speaker; Respect others and materials; Be honest and truthful; Practice a growth mindset; and Use downtime to thrive. 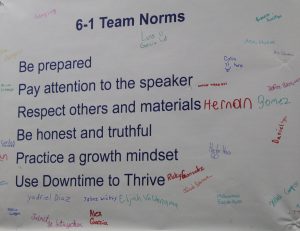 As part of their Ancient History state standards, the students are looking at how Dia de los Muertos evolved between the Catholic church and the Aztecs from Central and South America, and how the (now) Mexican holiday, which typically runs from October 31-November 2, coincides with Western Christianity’s All Saints Eve. 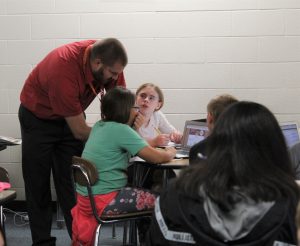 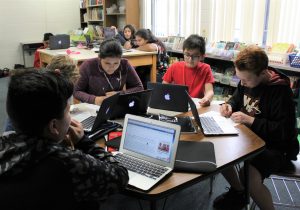 As the students research their historic Hispanic figure, they are looking for the following information: Who? What was his/her early life? What is he/she famous for doing? Where in the world were they famous/where did they spend their time? Character traits, and Fun Facts about their chosen figure. 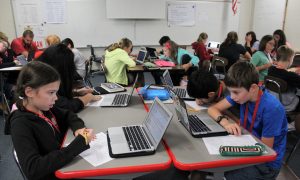 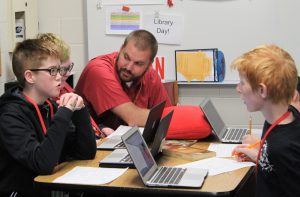 Mr. Leaman said that the students use their computers to research their subjects, but that he provides the students with a list of approved sites because “if they simply google someone, they may come up with 7 or 8 inappropriate or unreliable resources before they find credible, appropriate websites that they can really use.” 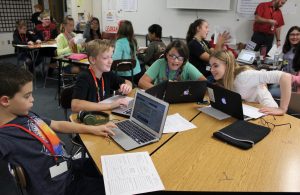 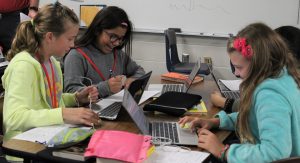 This student hadn’t thought about it, but the other students at his table thought it was pretty funny that he was wearing a skeleton shirt while working on a Dia de los Muertos project. 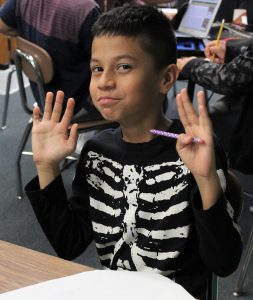 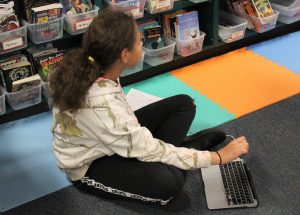 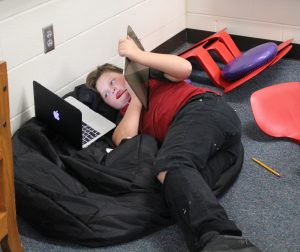 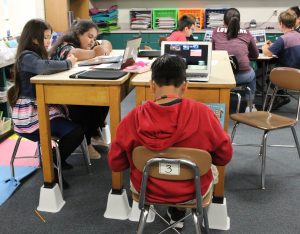 In Mr. Leaman’s room, there was also a #classroombookaday chart. When asked about the chart, the students explained that Mr. Leaman reads one book aloud to the class every day, and then they discuss the book together. Mr. Leaman then puts a small “cover” of the book in a square for each school day. It is a good way for students to hear and learn about new books, keep track of days, and to know where they are at in the school year. 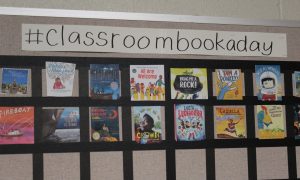 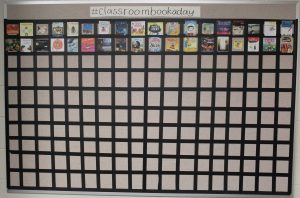 Goodness, 6th grade students seem very busy! They are learning about ancient civilization, learning new vocabulary words in both English and Spanish, using technology to build their research skills, completing writing assignments, and managing a new schedule where they move from room to room instead of staying with just one teacher. 6th grade can be a challenging year for students with lots of changes and transitions, but just a couple of months into this current school year, it seems like these 6th grade students have adjusted and are well on their way!