Today we visited 5th grade at Chandler to see what 5th graders are doing and learning at GCS. We started off in Mrs. Robina Sommers’ classroom, and couldn’t help but notice the Rights and Responsibilities that the students had come up with for their classroom.

5th Grade Rights/Responsibilities: 1. Bathroom/tissues, Right time and use signs; 2. Use iPads, Carry with two hands and use appropriately; 3. Have fun, Know when to have fun; 4. Share ideas in the whole group, Raise our hands; 5. Young Hoosier books, Use Carefully!; 6. Be the oldest in the school, Treat others with respect; 7. Walk in the hall, Hands behind back with voices at level 0; 8. Ask neighbor questions, Whisper; 9. Eat breakfast in the room and have a water bottle, Clean up. 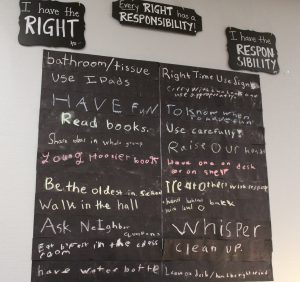 The students said that they had been making items to sell so that they could raise money for their upcoming trip to Camp Amigo. They had made such things as friendship bracelets, origami, key chains, stress balls, money pouches, chocolate chip cookies, and fudge. Several students had also purchased things to sell such as candy, scented pens, and lollipops. Other students created “Game Land” in one corner of the room where students could play games and win candy as their prizes. The games included Pop-A-Shot basketball, Mini-bowling, Corn Hole, and more. 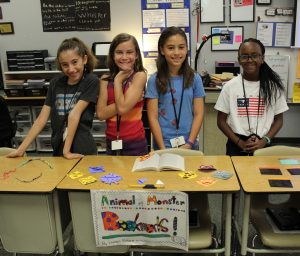 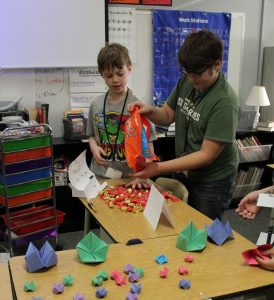 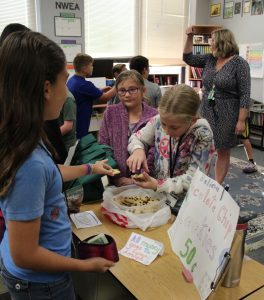 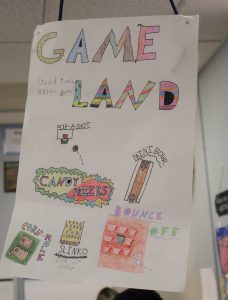 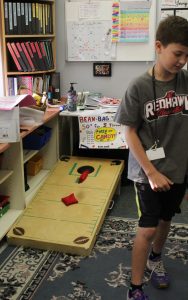 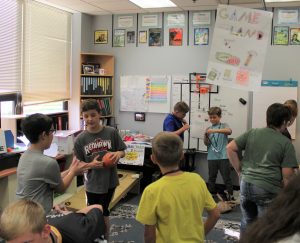 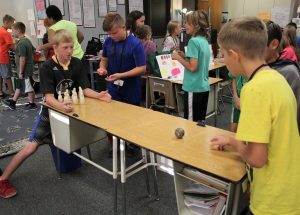 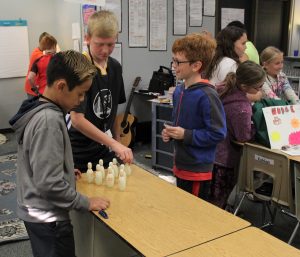 The student below made stress balls, which reportedly sold out very quickly. When asked what was inside of the balloon (sand) and how she got the sand into the balloon, she said “I put the sand inside of a pop bottle, put the balloon on the top of the bottle, and then tipped the bottle over to fill the balloon with sand.” The stress ball had an interesting feel, and was indeed very relaxing to play with. Nice job! 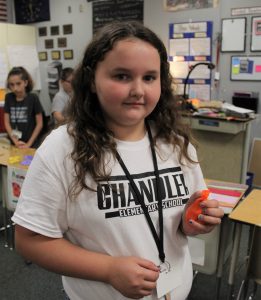 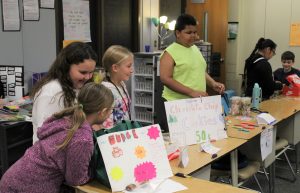 Throughout the week, as different classes came through the 5th grade room for short periods of time, the students noticed things about the money they made and shared some observations with Mrs. Sommers. They said things like “Judging from our sales, 4th graders liked chocolate more than 2nd graders.”; “Maybe this isn’t at the right price point, because some things are quickly selling out and some things are not selling.”; and “We didn’t get a lot of people today, but they bought a lot of stuff.” 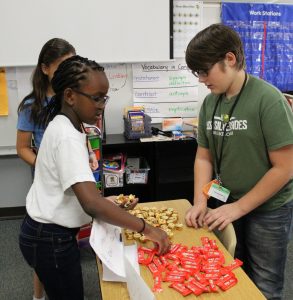 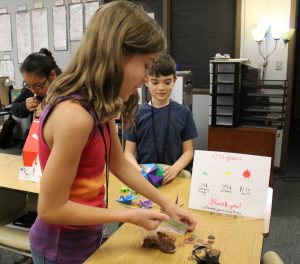 In the classroom, there were some questions posted on the wall with student responses, and Mrs. Sommers explained that the students will soon work on writing their own “I Have a Dream” speech, and “the questions on the wall are designed to get them thinking”. 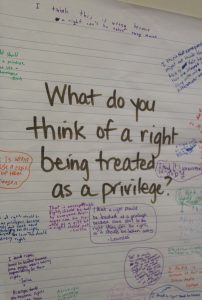 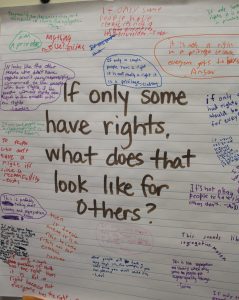 After the 4th graders left the 5th grade marketplace, it was time for “Illuminate” testing. Mrs. Sommers passed out cardboard “carrels” so that everyone would have privacy to work on their test. There was a little confusion with opening the test website on their iPads, but there was one student in the class who was fairly tech-savvy, and he was given permission to help other students get onto the website. 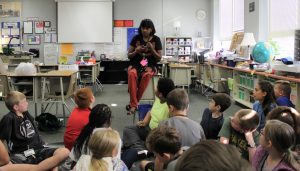 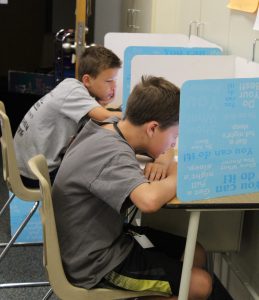 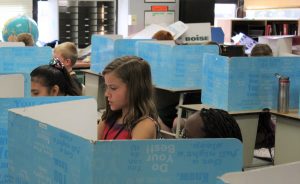 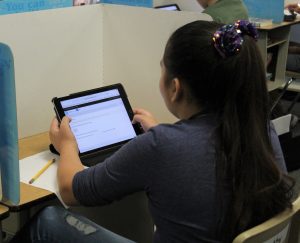 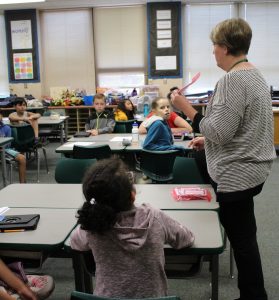 Mrs. Meade asked them to find a partner and then dismissed one of the partners to go pick up the blocks to work on decimals. The students were also given Mystery Number Cards, from which they built the number in blocks. 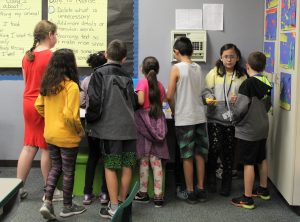 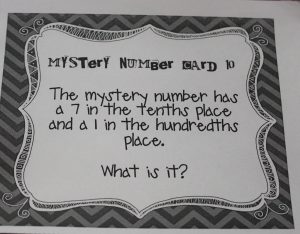 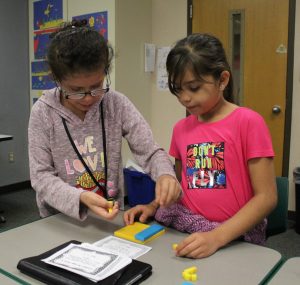 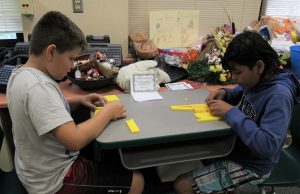 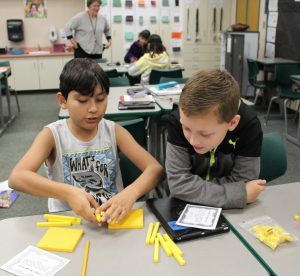 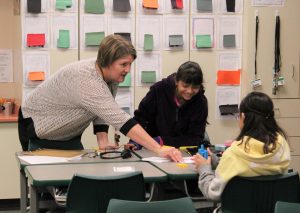 There were two 5th graders who were not working with the blocks, and when asked what they were doing, they said “this isn’t our usual Success class, so we are working on something else.” When questioned about what they were doing on their iPads, they said “We are doing King of Math. It is kind of like math games with different levels, and you work on estimating, rounding, adding, subtracting, and stuff like that. There are different levels; it gets harder the higher you go. If you get three wrong on a level, you get kicked out and you have to restart it because you must not know the concepts.” 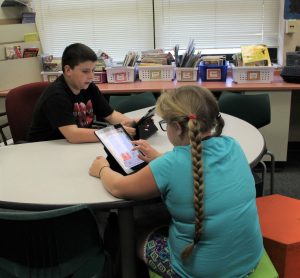 Thank you to Mrs. Sommers and Mrs. Meade for letting us experience your classrooms today. And thank you to the Chandler 5th graders for letting us take a look at your creativity and the way you work and think.