All of the Parkside 4th grade students recently took a study trip to the Brookins Ranch in New Paris, IN for Native American activities.

The first pictures are of students and Parkside teacher John Moyer, who was in charge of the Mound Builder competition. A mound builder is described as “a member of one of the various American Indian tribes who, in prehistoric and early historic times, erected the burial mounds and other earthworks of the Mississippi drainage basin and southeastern U.S.” 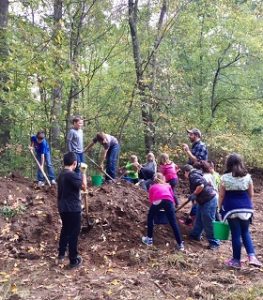 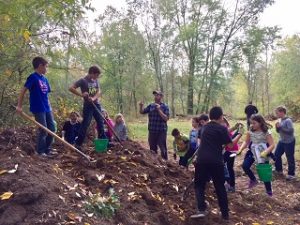 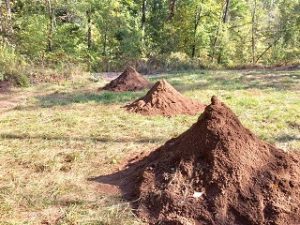 Pictured below, the students are making “pemmican”. Pemmican is packed with calories and nutrition and is able to be packed and stored for long periods. Pemmican is often called the ultimate survival food. Created by Native Americans and adopted by European explorers of the New World, pemmican is a concentrated blend of fat and protein from lean, dried meat. The word “pemmican” is derived from the Cree root word “pimi” for “fat” or “grease.” Traditionally, the meats used in pemmican included bison, moose, deer and elk, but beef can be used as well. 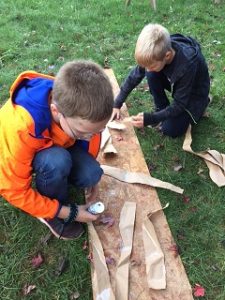 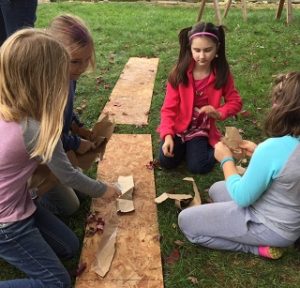 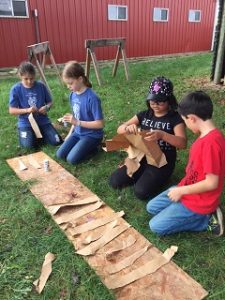 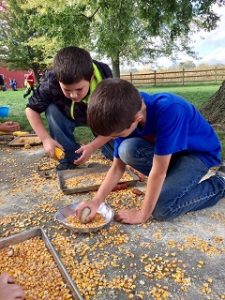 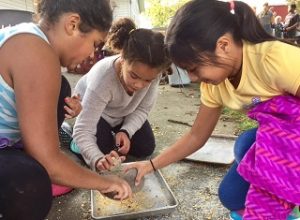 Next, the students got to be “hands on” with deer skin, beaver felt hats, fur capes, and beaver pelts. They learned that Native Americans were some of the most resourceful people in the world. They hunted buffalo, and used their hides and bones to make almost everything they needed, from clothes to buildings. 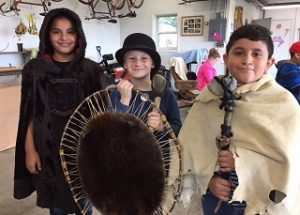 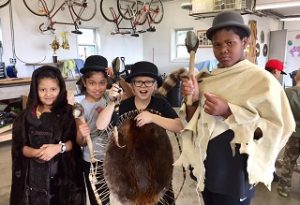 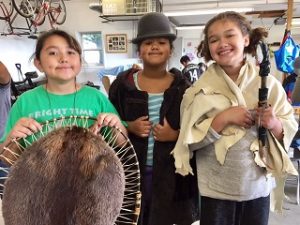 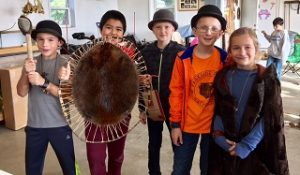 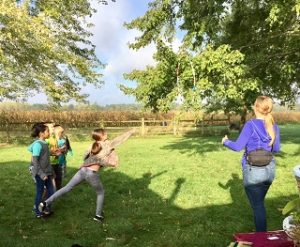 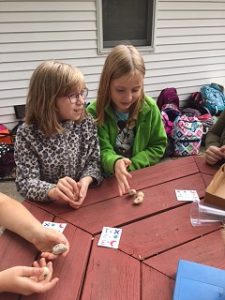 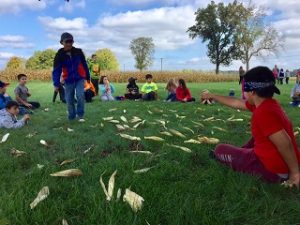 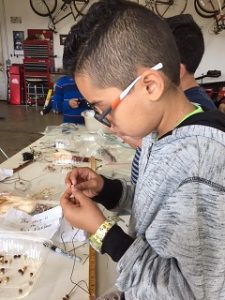 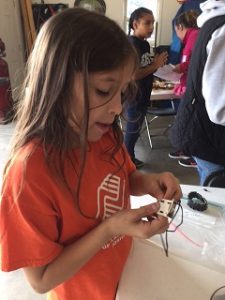 and they got to see horses. “It is generally agreed by historians that the Spanish brought the horse to the new world in the 1500s. Indians of that era had never seen horses and to them the horse and rider team were a godlike being. In time, with the spread of the horse and the Spanish ranchos, the Indian did acquire this “Big Dog” or “God Dog” for their own. The acquisition of the horse completely changed the Plains Indians’ way of life, transforming them from plodding pedestrians to nomadic hunters and warriors.” 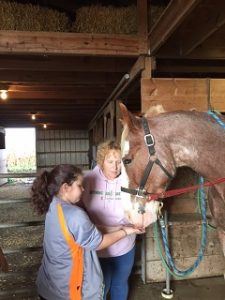 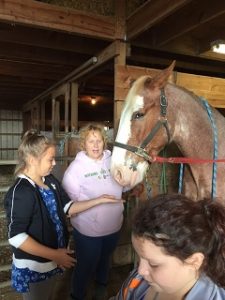 It looks like the students had a great day, and learned a great deal about Native American culture!