The GHS wrestlers and staff hold wrestling mini-camps for elementary students on Monday nights during the season. They hold their regular practice after school, and then eat together before the camp. According to head coach Jim Pickard, either he buys the kids something for supper, they get sack lunches from the cafeteria, or his wife makes sloppy joes or something similar for the team and coaching staff. (Wow, thank you, Lori Pickard; that is a lot of hungry boys!) 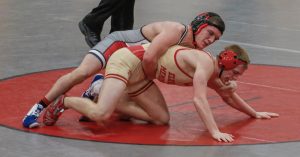 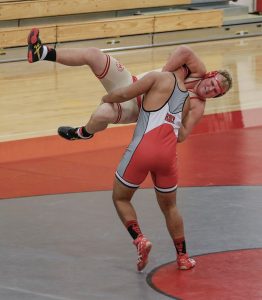 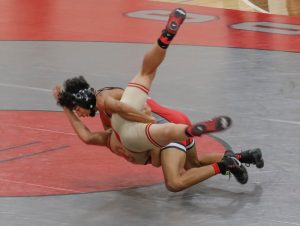 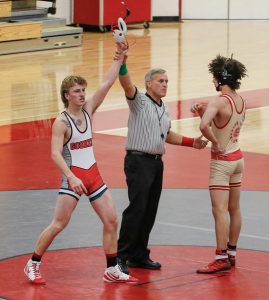 Pictures from the December 11 camp: 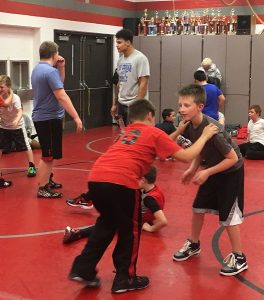 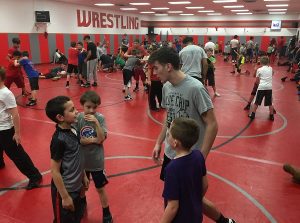 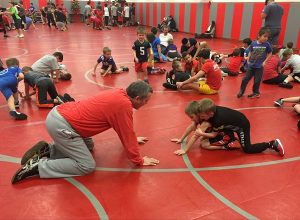 The camp routinely has attendance numbers between 100-125 students in grades K-5. The high school students work with the youngsters, and help teach the future wrestlers the basics of wrestling. 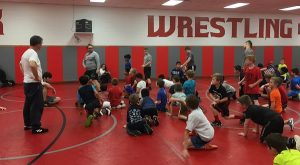 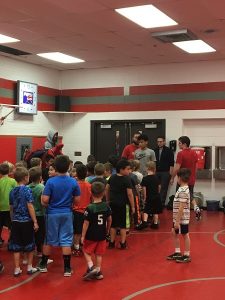 According to Jim, the high school students can learn a lot just by working with the younger students, and he feels that it is important for them to give back to the others in the community. He laughed and said that his players sometimes say “but the kids aren’t listening to me!”. To which he answers them, “Yes, just like sometimes you don’t listen to me!” 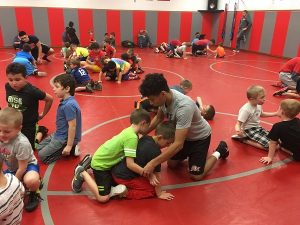 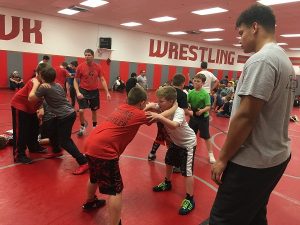 It is a great camp atmosphere in the big, somewhat sweaty wrestling room, and the students and staff are all working and learning together as one big wrestling family. 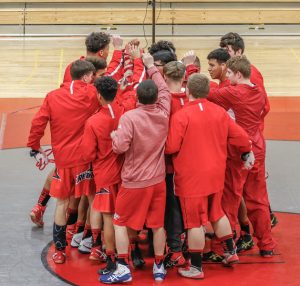