In partnership with Write on Sports and Goshen Community Schools, the Communication Department at Goshen College offers a camp for middle school students that teaches writing skills by harnessing their love for sports. 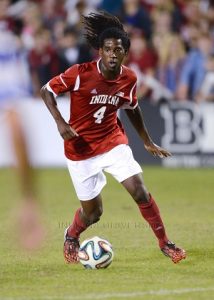 Prior to the interview, the students watched video highlights of Femi playing professional soccer, including a few of the times when he scored goals. 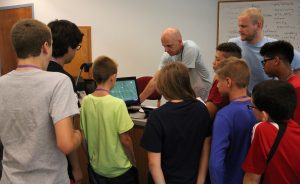 Then they waited patiently for him to get home from soccer practice so that he could connect with them via Skype. 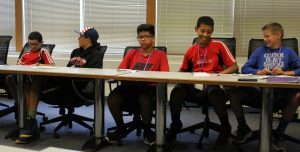 After a general introduction and several questions by GC communications professor, Duane Stoltzfus, the students had a chance to ask questions and take notes. But before the students asked questions, Femi gave the students an idea of the schedule for a typical day. His schedule included eating well so that he would have proper nutrition prior to athletic activity, warm-ups, soccer drills, practice, lifting weights, and then finishing with stretching to prevent injuries. After all of that he said he goes home, where he might spend time walking his roommate’s dog, playing video games, going downtown, or napping. He laughed when he said he plays video games, but the students loved it! They asked what his favorite games were, and he said FIFA and Call of Duty. 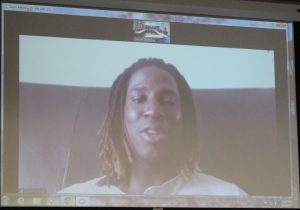 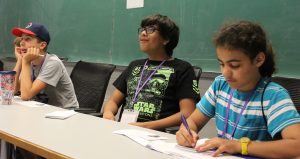 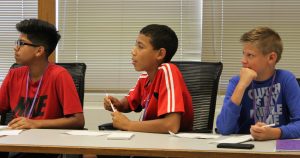 Francisco Behan Morillo asked several great questions, and was focused on getting all of Femi’s responses. 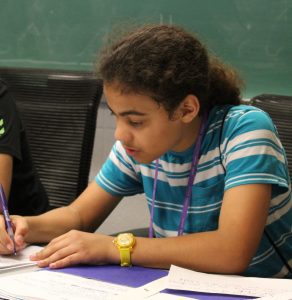 Some of the highlights from the questions and responses included:

The students appeared to have have been a little awestruck by Femi, but he was very relaxed, and encouraged the students to ask him anything. Thank you, Femi, for being a great role model for the students and soccer players of Goshen!