Prior to their presentation, the students explained that they had been learning about fables and folklore, and that their play was based on the story of The Little Red Hen. However, for their play, they changed the characters to winter animals including a bunny, a penguin, and a husky dog. 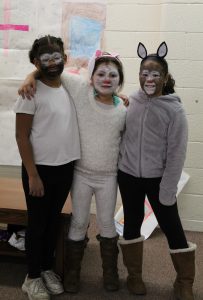 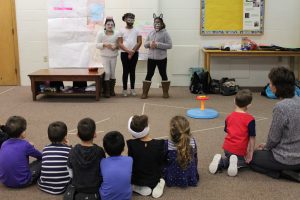 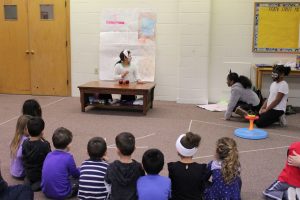 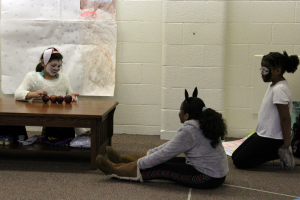 However, when the bunny was ready to drink the juice, the penguin and the husky dog wanted some too! “Can we have some?” they asked. To which the bunny replied “No, that was a lot of work!”.

And that was the end of Scene 1.

Before they went on to Scene 2, Chandler teacher Andrew Kauffman asked the preschool students what they had noticed about the play. One student said “They (the penguin and the husky dog) were not being kind!” Mr. Kauffman asked the students to watch Scene 2 and notice the differences when everyone worked together. 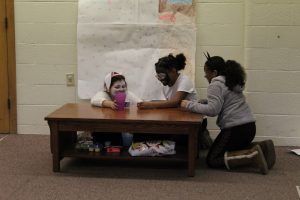 The students noticed that the penguin and the husky dog learned from the problems they had when they refused to help the bunny, and that things went much better when they all worked together.

Following the play, the Chandler students shared popcorn with the preschool students. 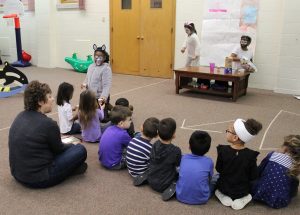 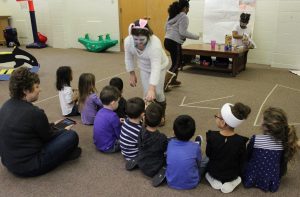 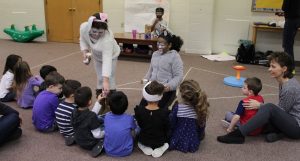