Brooks Chupp was recognized by the board, after being named a National Merit Scholar. Brooks reported that he will be attending Yale University in the fall; his major is undetermined at this time. 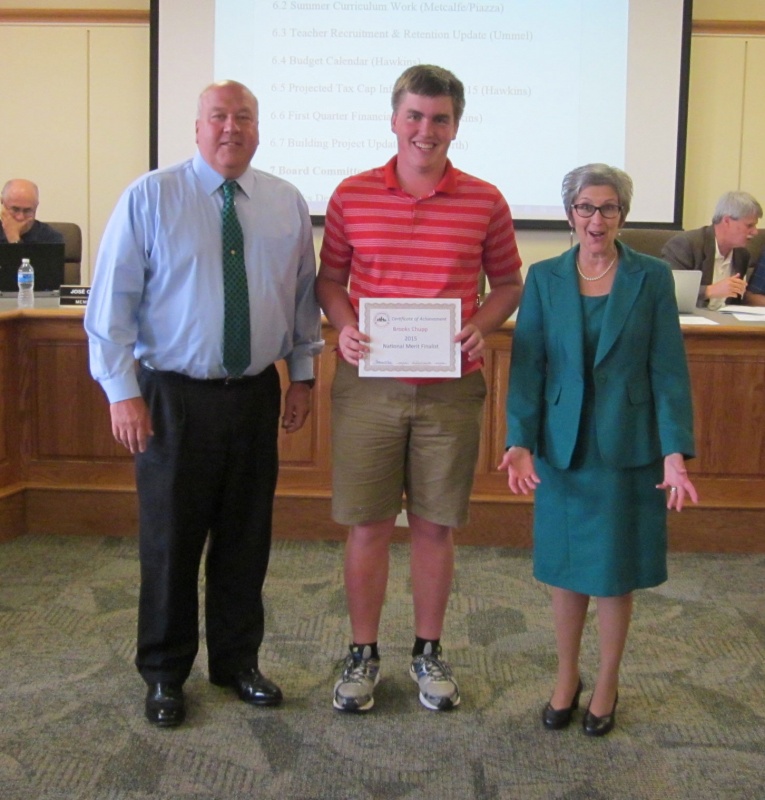 GHS junior Hudson Kay, along with his coach Laura Rupp, was honored for his performance in the state diving competition, earning him 6th place. GHS senior Natalie Evans was also recognized as a swimming/diving state qualifier in the 100 Butterfly.

The GHS Super Mileage Club was honored for their success in the Shell Eco-marathon Challenge, where their car ran at a fuel efficiency of 651 mpg. Super mileage representatives at the board meeting included Parker Collins, Ellie Hathaway, and Crist Troyer. 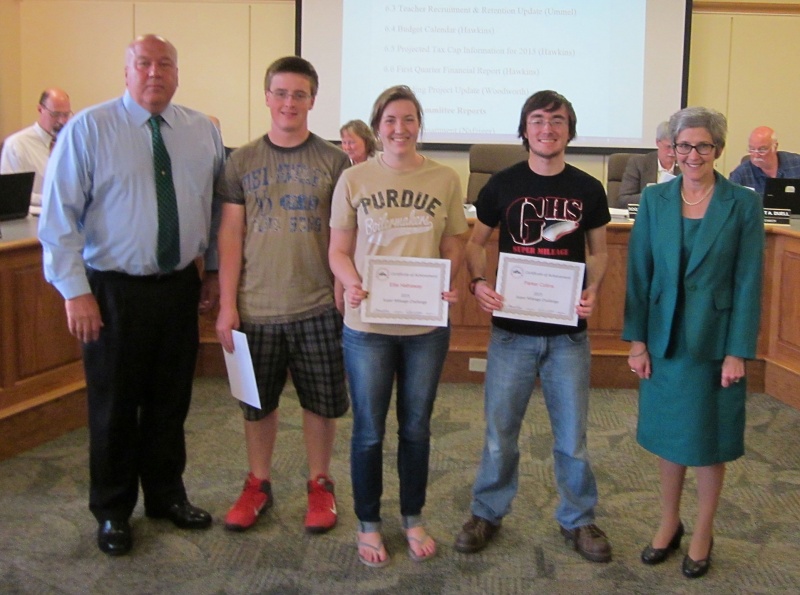 Mr. Joe Riegsecker was recognized as the chess coordinator for GCS. He was at the board meeting to introduce his high school and middle school teams, who had very good runs in the state tournament. The GHS A team, consisting of Logan Cross, Brooks Chupp, Ben Hathaway, and Brandon Schrameyer, earned 3rd place at state. The GMS A team, consisting of Matthew Snyder, Jovani Sanchez, Daniel Elizalde, and Brenton Pham, finished 4th at state.

GHS band director, Mr. Tom Cox, was at the board meeting with students Wyatt Mann and Michelle Holcomb to be honored for the awards they received with the GHS percussion ensembles. The movement ensemble finished 3rd in the state and 8th in the nation, the concert ensemble was the state champion, and finished 2nd in the nation. Both ensembles compete in the “World” class category, which is the most difficult class. 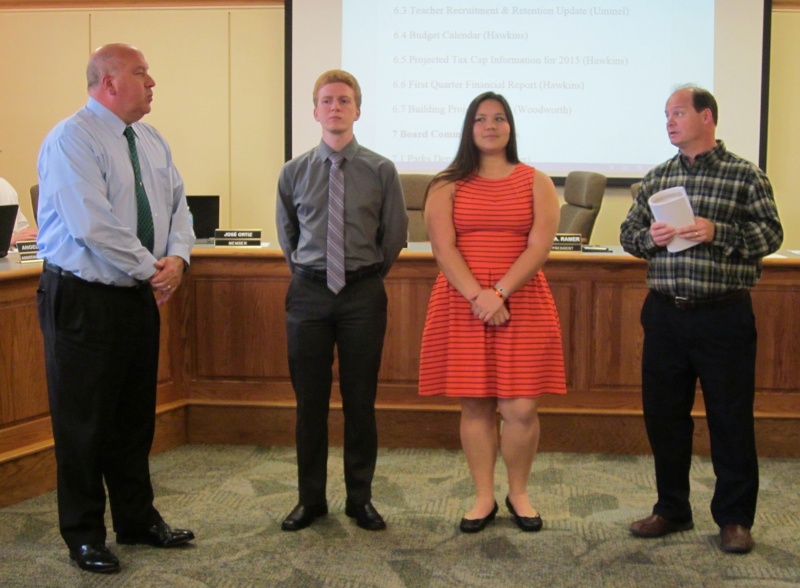