Chamberlain principal Karen Blaha stated that “at Chamberlain, we are Crew. We support each other every day, in many ways. We practice the Habits of Scholarship every day.“  The Chamberlain Habits of Scholarship are: Integrity, I will do what is right, even when it is difficult; Craftsmanship, I am dedicated to high quality work; Courage, I will take risks and learn from mistakes; Grit, I will persevere toward a goal; and Compassion, I will connect with and appreciate others.

Chamberlain students then shared about their expeditions from the second semester.

Second graders studied “Thrive like a hive“, a unit about bees. They explained how they used the habits of scholarship as they worked on their bee projects.

Third graders studied “Tremendous trees“ and stated that they didn’t realize how important trees are to a community. They also learned how to make scientific drawings, how to do case studies, they learned the value of trees, and finally, they helped plant trees.

Fourth graders experienced “Market Day“ where they learned the five steps to starting and running a successful business. The culmination of their project was to sell products they had designed and made to other students at Chamberlain.

The fifth graders reflected on their years of learning at Chamberlain. Several students remembered different projects that they had worked on over the years, including when they “tie-dyed shirts“. They mentioned that they would remember the great teachers and the friends they made at Chamberlain. They reported that they were glad they learned the habits of scholarship “because I think they will be important for me to use at middle school“. And lastly, one student shared that “I will always remember Chamberlain. This is not just school; this is home.“ 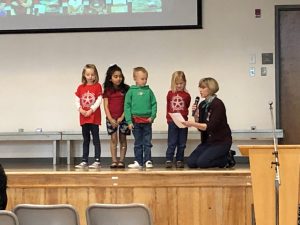 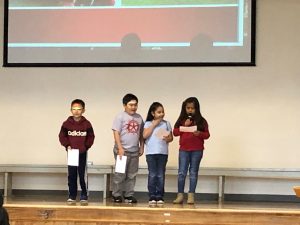 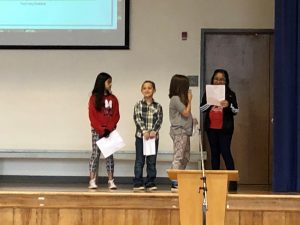 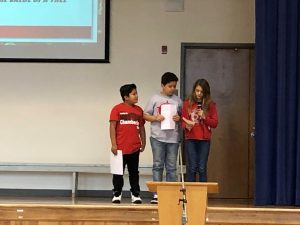 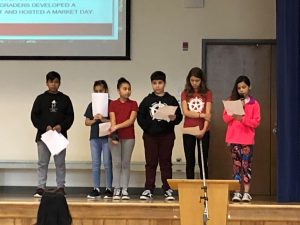 Members of the GHS Chess team were honored following their 2nd place/State Runner-Up finish at the Indiana Chess Team Championship. The students on the honored team include: Matthew Snyder (10th grade), Soroosh Kermani (9th grade), Brenton Pham (10th grade), and Daniel Elizalde (10th grade). The students said that they were also honored by the board in 5th grade because they had a very strong showing at the state tournament then; and they added, “and you can expect to see us again before we graduate!“

GHS chess coach Ken Cross stated that “this is a really fun group, they enjoy playing chess. They are very busy with athletics, music, academics, and other things, but they still want to play chess.“ Mr. Cross also thanked Dan Shenk and Joe Riegsecker who have supported the GCS chess club/programming for many years. He added that GCS had 220 students participate in chess this year, and that chess is valuable for students in so many ways, but it is especially helpful with regard to critical-thinking skills. 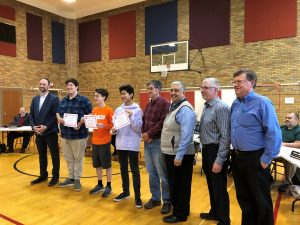