Dr. Metcalfe introduced the award ceremony for the annual Turn Around Awards, stating that the awards are given to honor students who have worked to improve themselves; by improving their academics, behaviors, participation, or attendance. 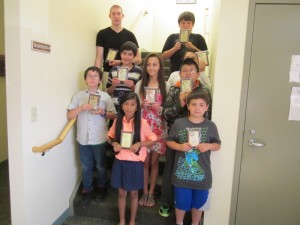 The Turn Around recipients included:

Chamberlain, Alex Parga-Alex was introduced by his teacher, Carol Kinchen.  Ms. Kinchen said that at the beginning of the year, Alex had some anger and attendance issues.  However, during the year, he has become more responsible, is kind and helpful with others, and does not give up in the classroom.  Ms. Kinchen also credited part of his turn around to his community mentor, Lowell Nafziger, who was in the audience to see Alex receive his award. 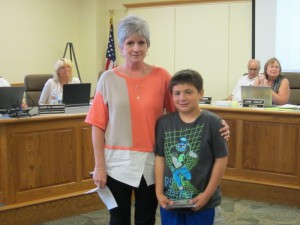 Chandler, Rick Johnson-Rick was introduced by his principal, Roy Hufford.  Mr. Hufford reported that Rick used to be somewhat mischievous, but now he is respectful, responsible, and he is considered a leader at Chandler.  According to Mr. Hufford, Rick has also shown a lot of academic improvement, and has made work his priority. 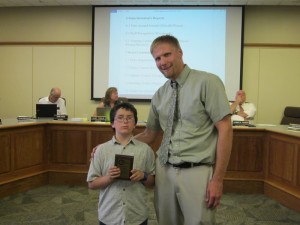 Model, Nataly Esqueda-Nataly was introduced by her teacher.  Nataly didn’t come to mind at first for the award because the teacher did not see her as “most improved”.  However, in thinking further, the teacher realized that Nataly used to be talkative in class, and struggled academically.  In 4th grade, Nataly reportedly decided she wanted to be better, and has worked hard since then.  She is now at the top of her class.  Additionally, Nataly gladly translates for others in the classroom when needed. 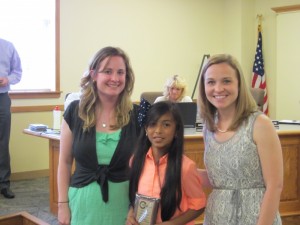 Parkside, Moises Becerra-Moises was introduced by his teacher, Cara DuBois.  Mrs. DuBois reported that in the past Moises has struggled with motivation, but this year he came to school ready to work.  He participated in classroom discussions more, including taking more risks.  He has also been helpful to other students in the room. 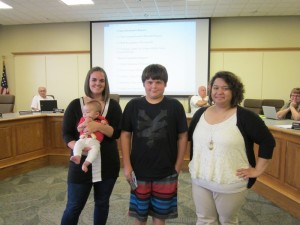 Prairie View, Marcus Castanenda-Marcus was introduced by his teacher, Nina Keister.  Mrs. Keister stated that Marcus has a great attitude toward learning, and has grown academically.  He is a positive role model, and his improvement has been noticed by others in their school. 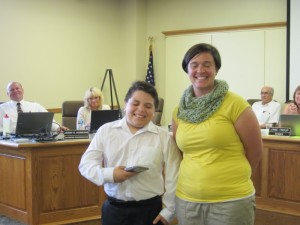 Waterford, Uli Martinez-Uli was introduced by his teacher and Title I reading instructor.  Uli reportedly used to be shy, did not stand out in the classroom, and would not raise his hand during class discussions.  He was behind in reading, so his mom got him a tutor and asked him to read 1-2 hours every night.  By the end of the year, he had gained more than two years in his reading level, and ended up on grade level. 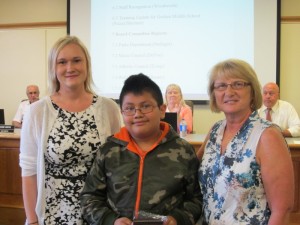 West Goshen, Elijah Miller-Elijah’s teacher stated that Elijah was new to West Goshen this year.  He came to school with some gaps in his learning, but his dad helped him work on areas of deficit, and he improved.  Now, Elijah is a big asset to the class; he is eager and pushes himself. 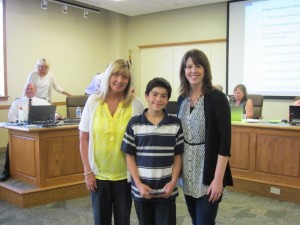 Goshen High School, Gabe Polega-Gabe’s counselor, Barb Reihl, introduced him.  Mrs. Reihl stated that Gabe has always been polite and respectful, and earned average grades.  However, this year he increased his effort to the point that he earned all As and Bs in his classes, and he also worked on the building trades house.  He is currently on track for a Core 40 diploma, and wants to go to college to study law enforcement. 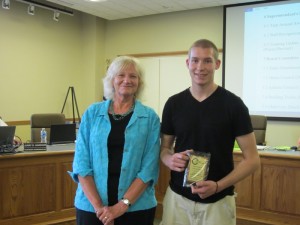 Goshen Middle School, Christina Kierpiec-GMS counselor, Jan Desmarais-Morse, introduced Christina.  She said that Christina has battled through a lot of anxiety issues over the years, which has also affected her attendance.  However, this year she has been using strategies to handle her stress, and has grown into a strong young woman. 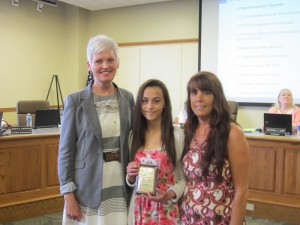 Goshen Middle School, Andy Garcia-Mrs. Desmarais-Morse told those in attendance about Andy, who was not actually at the board meeting.  Over the years, Andy had some issues in the classroom, and his grade level principal enrolled him in the APEX lab, where he could do classes online.  He did so well, he has already earned five high school credits.

Merit Learning Center, Francisco Villarreal-Francisco’s teacher, Carrie Fenner, shared a little bit about Francisco, who was unable to attend the meeting, because he was working.  Francisco started the year at Merit as a junior, and has had the best attendance rate of all Merit students.  He is a full time student during the day, and works the 2nd shift, also full time, at Lippert.  He has completed so many classes that he will be graduating a full year early, and plans to attend Ivy Tech next year.

Don Jantzi was also recognized for his work this year at West Goshen Elementary, as interim principal.  Don was the principal at Chamberlain Elementary for many years, and has served as interim principal several times since his retirement, in order to help out Goshen Community Schools.  Dr. Woodworth thanked him for his ongoing dedication to GCS students and staff. 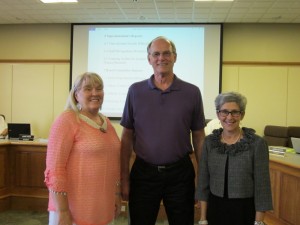